India encompasses everything travel should be. From the food and clothing to the architecture, India is unlike what you would see almost anywhere else in the world. Despite being a British colony for many years and adopting the English language, the Indian people also kept their regional languages and style of dress.

One of my most memorable experiences was in Old Delhi, where a guide took me on a tuk-tuk ride into an area with no running water, no electricity, and no cars. Surprisingly, people emerged from shacks in nice clothes to work in modern offices in New Delhi. The contrast was jarring and fascinating.

We rode through a warren of streets just wide enough for the small tuk-tuks to pass. I could never have found my way out, and without my trusted guide, I would have been nervous. But because I felt comfortable, when my guide suggested we stop for a shave, I agreed. It was unforgettable and wonderful. We sat on a stoop in front of a barber’s home, and he gave me a shave right there.

I was curious about the Sikh religion, so my guide arranged a visit to a temple. It was a grand building with gold cupolas. Before entering, every visitor either donates food or money to the temple’s food kitchen, which serves thousands of people in need daily. We could have just made a cash donation, but my five companions and I also volunteered to work alongside the Sikhs.

We were the only Westerners to donate our time. We sat down in the dirt and patted out naan, and the older women giggled as they corrected our technique. We worked for an hour, patting out 200,000 pieces of naan. Then, an English speaking Sikh sat with us and explained the history and customs of the Sikh. It was one of my favorite experiences ever.

I also visited one of the few churches in the world built over the remains of one of the 12 Apostles, the San Thome (St Thomas) Basilica in Chennai (formerly Madras). I was there on a festival day and was amazed to see nuns dressed in saris selling ice cream to barefoot kids dressed in rags and learn that the money they collected was going to those less fortunate in Africa!

I also was lucky to witness a Hindu Holy Day in a small village where 30-foot tall statues of Rama, Vishnu, and Ganesh were paraded along a tiny dirt road so the impure, who aren’t allowed in the temple, could view the gods. The drums and music made it feel very spiritual.

India has some of the best spas in the world along with well-known sites like the Taj Mahal and lesser-known wonders like the ancient Mahabalipuram Monuments, 400 Hindu Temples and monuments carved from pure rock.

India is a diverse nation filled with exotic sights, especially if you know what to look for. That is where a good travel agent comes in. Having seen so much of India and sent many clients there, I can match you with fascinating experiences and caring guides who will help you get the most out of your India trip.

All My Travel Albums 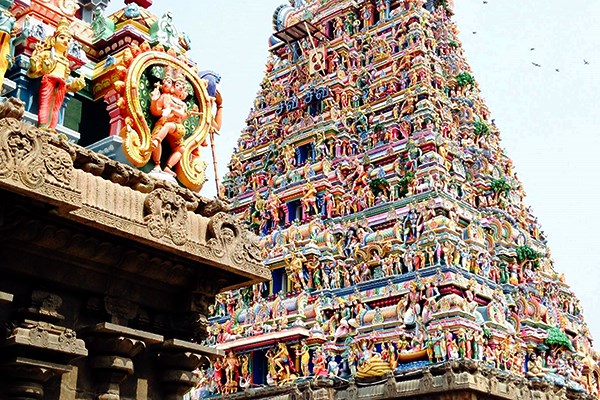