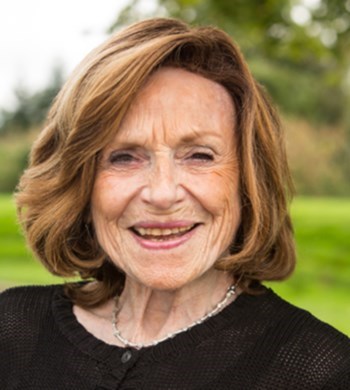 Israel is a destination that many of my clients visit again and again. In fact, if they visit once, they usually go back. That certainly is true for me. I love the people, the history, and the land. Every time I go I discover something new.

Our first trip to Israel was as a family to celebrate the bar mitzvah of my youngest son at the Western Wall. It was in 1969, soon after the 1967 war, and there was still fighting in the north and in Suez, but we wanted to show solidarity. Standing at the Wall, it was humbling and moving to think of all the people who had fought so we could be there. We were joined by my husband’s mother and my parents and it was thrilling.

In fact, I’ve never let anything stop me—or others who want to join me—from going to Israel. Soon after 9-11, I took a group from my synagogue. I remember being the only person walking on Ben Yahuda and I bought something and asked how much and the shopkeeper didn’t want to take any money. I insisted, but it was touching to be in a country that needs us and I want to be there for them.

I’ve since planned more bar/bat mitzvahs than I can count. I know which areas of the Wall that men and women can celebrate together, where you can gather a small group and sing and dance to celebrate and the best places to hold a celebration. For example, for one large party, we set up a Jerusalem market in the garden of the King David Hotel. The hosts had thought it would be tacky for the vendors to sell their wares—fabrics, Judaica, Turkish coffee--but the guests were eager to buy and they relented!

Whether for a bar/bat mitzah or simply a family vacation, I love to find special things for my clients to do, based on their interests. For example, in the seaside resort of Eilat there is an aquarium that actually offers windows that look into the Red Sea along with adventures like parasailing and paragliding.

Israel has a bit of everything. Certainly there are religious experiences—and not just for Jewish people. And it amazing to go to the Golan Heights and see pre-1967 Syrian bunkers from which bombs were thrown down into Israel and why that war was so important. There are also amazing fishing villages on the Mediterranean coast and Tel Aviv has areas like New York’s South Street Seaport where you can roller skate and enjoy great food and shopping.

Every time I go, I discover something new, and often it is something old that has been uncovered. One of the most amazing place is the tunnels under the Western Wall, called the City of David. Every time I go, there is more to see that has been excavated. Israel is like my second home and one of my greatest pleasures is sharing it.

South Africa definitely ranks among my most memorable destinations as a traveler. There were so many standout experiences, from the close-up experiences with wildlife to the very different lifestyles I saw. And everywhere, people were welcoming and gracious.

As a Jewish traveler who can only eat kosher food, I wasn’t sure exactly... Read more from my (Kosher) South Africa story.